Solar Battery storage is a hot topic right now, so brush up on these common terms.

Think of a battery as a bucket that holds energy for later use. As such, “battery capacity” defines the size, usually in amphours (Ah) but sometimes watt-hours (Wh), of our bucket.
For example, a 200 Ah, 12-volt battery has twice the storage capacity as a 100 Ah, 12 V battery. We can calculate the energy storage in each battery by using the equation: volts x amphours= watt-hours. The 200 Ah battery can store 2,400 Wh, while the 100 Ah battery has 1,200 Wh of energy storage.

epth of discharge (DOD) describes the percentage of battery capacity that has been used. For example, if we discharge our 2,400 Wh battery by 20% (20% DOD), then practically, we have pulled 480 Wh from that battery.

Conversely, state of charge (SOC) describes the percentage of battery capacity remaining. So our 2,400 Wh battery that has been discharged 20% is now at an 80% SOC, and still has 1,920 Wh of energy stored.

Charge & discharge rate is the speed at which you charge (or discharge) a battery, stated in terms of capacity over time. For example, if you have a 200 Ah battery, and you are charging it at 10 A, your charge rate is C/20 (200 Ah ÷20 hrs = 10 A). Conversely, if you discharge the battery at a rate of 2 A, then your discharge rate is C/100 (200 Ah ÷ 100
hrs = 2 A).
Battery capacity is also dependent on the speed at which you discharge it, and batteries will actually offer a slightly higher capacity if discharged more slowly. For example, one type of 12 V battery has a 200 Ah specification if discharged over 20 hours (C/20), but offers 212 Ah if discharged over 100 hours. Home PV system batteries most often use the 20-hour rate since it closely relates to the 24-hour cycle common in those systems.

Cycle life is the number of charge/discharge cycles a battery can complete during its “operational life,” which is commonly defined as ending when it has dropped below 80% of its original capacity. Cycle life is dependent on how deeply the battery is discharged—battery manufacturers provide cyclelife graphs showing this relationship. For example, a leadacid battery may provide 1,000 cycles if DOD is limited to 50% each time, but only 500 cycles if it is discharged by 80%. You can get by with a smaller battery bank and less initial cost by discharging it more deeply, but you will have the hassle of replacing the batteries more frequently.

“Save Money And NEVER Buy A New Battery Again“ 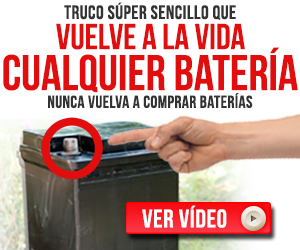 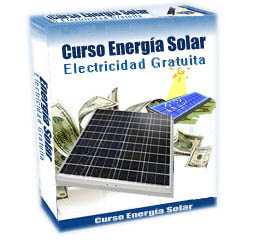